After the Cruella movie without any fur content, I understand that the same team are currently working on a remake of 'Titanic', set in the Sahara. 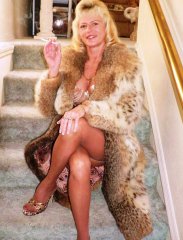 I see no contradiction in showing kindness and care to an animal that is being raised for fur. The lady seams quite caring and amused with the little guy.Hopefully when the time came he brought joy to